or What Happens When Crossing the Line of Honesty

This is Chapter 10 in the life of early settler Christian Cackler  who moved to Portage County in 1804 with his family. This is his story written in first person. Chapters are mine along with a few changes to make it more readable. Previous chapter can be found below.

In this chapter, Mr. Cackler relays a story about the shooting of Daniel Diver by an Indian chief’s son, Mohawk, which took place in nearby Summit County. Mr. Cackler recorded this event as there were some untrue accounts being published and since he had family present during the actual event, wanted to clear up any misinformation.

Mohawk was the son of Chief Seneca, a strong, tall, muscular man with a keen black eye. His word was law in the tribe; what he said must be done. He did not allow his tribe to promise anything and not make it good. Honor was their law, and you might be sure of their promises, if they lived, for they hated lying. If you told them a lie –  they never forgot it.

The Seneca Chief had seven children, four sons and three daughters. There were three sons-in-law; George Wilson, Nickshaw, and Wobmung. Wobmung was as smart a fellow as you would see in a thousand. You would think his big eyes would look through a man and see all his faults. If he had been educated, he would have been equal to any white man. Nickshaw traded off his pony with Diver for an old horse. Diver had given them whiskey, which made them “cockusa” as they say when they get too much. Nickshaw went off with his horse, but in about three days brought him back saying he was no good for Indian, because he could not eat sticks; but he was good for white man. Diver would not trade back and the Indians got mad. They said Diver had cheated them. 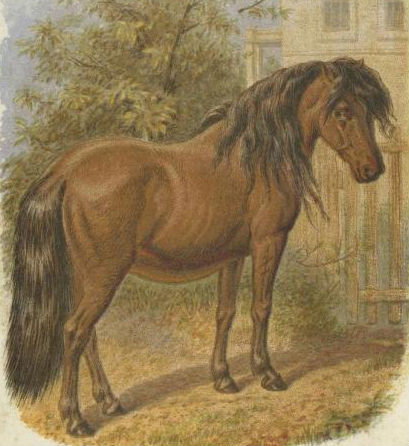 Nickshaw left the old horse, went away, and agreed with Mohawk to shoot Diver. Three or four of the Indians came there and asked for whiskey. Mohawk did not come in to drink the whiskey with them. When they went out, they gave a whoop, jumped on their ponies, and away they went. Diver thought this a little strange and put his head out of the door. Mohawk fired at him, mounted his pony, and rode away. The shot took out both of his eyes, and he fell back on the floor. He was not killed, but lived at Deerfield at least thirty years after this.

The Indian camp was about three miles away. The Seneca Chief and his family moved there in the fall and the greatest friendship existed with the whites until this horse trade. Mohawk thought he had killed Diver and escaped. The neighbors rallied under Captain Rogers, and took after the Indians. They went to their camp and none were there, but they followed their trail along the great Indian road from the Ohio River to Sandusky. It crossed the Cuyahoga River at “Standing Stone” near Franklin Mills, now Kent, and the center road south of Hudson about a mile, thence across the Cuyahoga River near Peninsula in Boston. My father then lived in the southern part of Hudson. The trail was about sixty rods from our house, and we had a path to the trail. Rogers and his men followed the Indians in the night.

It was about the last of December, 1806, and the snow was about four inches deep. The night was very cold, and the moon was near the full and shining. They came to our house about one o’clock in the morning, some of them nearly frozen, and about half of them stayed there. Rogers got my father, my eldest brother, and my brother-in-law, Williams, to go with them. They went to Hudson, got a new recruit and followed on to near the west part of Richfield. Here the Indians had stopped, built a fire, stacked their arms, tied their ponies, and lain down with their feet to the fire. Most of them had pulled off their moccasins. When Rogers and his men saw the fire, they scattered and surrounded the Indians, some of whom were in a doze and some asleep. As they were closing up, Nickshaw and Mohawk sprang up and ran off barefooted. They closed in on the rest, and it beginning to be light, Rogers wanted somebody to go after Nickshaw. George Darrow of Hudson and Jonathan Williams, my brother-in-law, volunteered to go. They said the Indians’ feet began to bleed before they got a mile when they sat down on a log, tied pieces of their blankets around their feet, and then separated. Darrow and Williams followed one of them who proved to be Nickshaw, whom they overtook at about three miles. He looked back, and seeing them, gave a whoop and increased his speed. They set after him, like hounds after a fox, and in about a mile they overtook him and asked him to come back, but he would not. Darrow said he thought he would clinch him, but when he made the attempt, Nickshaw would put his hand under his blanket as though he had a knife. Darrow thought he would get a club and knock him down, but Mr. Indian could get a club and use it, too. They got out of patience, and Williams fired his gun over Nickshaw’s head to let him know what was coming if he did not yield. This did not make any impression, and Williams loaded up and popped him over. He fell on his face and gave up the ghost. They threw him under a log, covered him with brush and old chunks, and came back to Hudson. 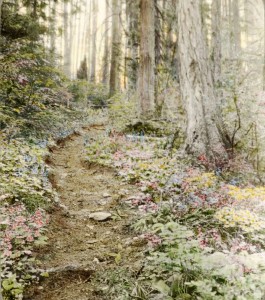 Heman Oviatt, David Hudson, and Owen Brown mounted their horses, took the trail, and found the dead Indian. They got out a State warrant against Darrow and Williams for murder. They were brought to the county seat which at that time was in Warren. Oviatt, Hudson, and Brown were brought in as witnesses, but they were so muddled by the defense, that they could not tell how the Indian came to his death. Darrow was cleared then brought in to testify against Williams. He swore there was a controversy with the Indian in order to make a prisoner of him. He heard the crack of a gun but could not tell where it came from. Finally the whole matter was quashed. There was plenty of whiskey and a hoe-down that night. A collection was made for Williams of five dollars for killing the Indian.

The Chief and his family were brought to Hudson and discharged. They were not abused, as the other story indicated, but went to Streetsboro which was his headquarters. He lived there until the summer of 1812. He was a man of great intellect and firmness and had always been a friend of our government. He was perfectly honest, and when friendly, a good friend indeed. But lie to him and he would never forget it. He not only believed in being honest, but also trained his people so.

Chapter 11 will be: The Great Streetsboro Hunt of 1819 and a Scary Encounter With a Mighty She-Bear

Chapter 9: Marriage and Farming and Bears – OH MY!

Are you interested in sharing your article with Portage News? Send it directly to drafts@portagenews.net

There are no upcoming events at this time.