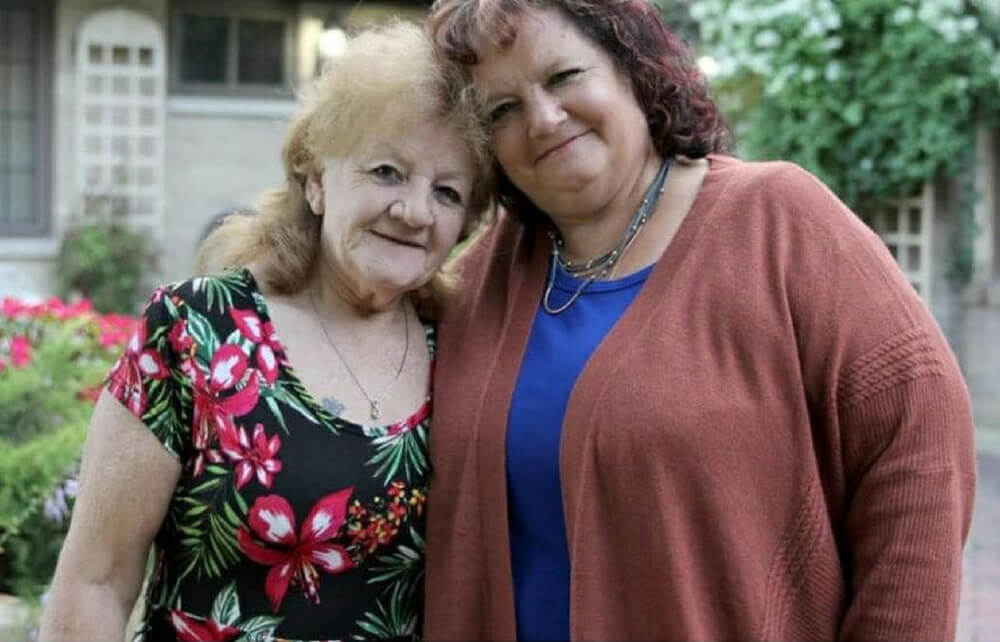 Northeast Ohio Rocks! Facebook Group is filled with uplifting stories demonstrating kindness, hope, love, and triumph, and often include amazing coincidences. The random act of kindness group was formed on July 24, 2016, inspired by Whidby Island Rocks, in Washington, and is currently the largest rock painting group in the world.

5 Fun Facts about the Group:

The admin and the members, known as “Rock Stars,” together have created a special community that embodies creativity, passion, inspiration, humor, support, and fun.

Members often comment how therapeutic it is to participate. They experience many benefits and are amazed at the “magical” power the rocks tend to hold. It gives people a way to fill an empty void in their lives knowing they’re part of such a positive meaningful movement.

“I love all the stories of how finding a rock at just the right time made what was going on just a little bit better. I love all of the rock coincidences. And, the smiles. The smiles are amazing.” ~Nancy Powell Pierson, Founder

Carol, a Mantua resident and Crestwood graduate, was placed for adoption through Catholic Charities as an infant. The only information Carol knew about her birth mother was that she was nineteen years old and she named her Jody Diane. Jody’s birth record shows she was born in July, in Delaware, Ohio. Carol always believed that her birth mother would still be living in the area.

Jody was adopted at six months old and her adoptive parents were required to change her name. Jody was renamed Carol since she was adopted on December 23rd , referring to her as their “Christmas Carol.” Although she grew up in a loving family, and had a good childhood, she never felt that she fit in. Carol’s adoptive family were tall, blonde, and blue eyed, whereas, she was short with brown curly hair and brown eyes.

Besides the differences in appearance, she always felt that something was missing in her life. Carol longed to have a deep connection to her birth mother. She also desperately wanted to understand why she had placed her for adoption.

At fifty-two years old, Carol bravely began her search for her birth mother. Unfortunately, she wasn’t successful on her own, but she remained determined and applied to be on TLC’s television show “Long Lost Family.” The documentary television series helps to reunite biological family members after years of separation. The show’s hosts, Chris Jacobs and Lisa Joyner, are both adoptees themselves who have each gone through the emotional process of searching for their biological families.

Chris met with Carol in Mantua to discuss her situation and understand the significance of what it would mean to her to find her birth mother. Carol relayed her struggle with fitting in and her strong desire to belong. She also felt that finding her birth mother would help her release bad feelings that still conflicted her. Carol explained how finding the answers would bring her immense relief as she would finally know.

With the help of an Ancestry DNA test, Chris began the detective work. He reviewed Carol’s results over the phone with genealogist Jen Utley who told him Carol matched to her cousins. She also gave him the names of Carol’s deceased grandparents. Jen advised Chris to search for the grandparents’ obituaries as those would list other surviving children.

Through Newspapers.com, Chris was able to locate Carol’s relatives. He contacted a woman, named Nancy, who told him that her sister, Carol, had placed a baby girl for adoption. Surprised by the coincidence that the birth mother’s name was possibly Carol, Chris called her and confirmed it was true.

Carol’s birth mother was indeed named Carol. As Carol (Jody) had believed, her birth mother was only twenty-five miles away. Carol senior happily welcomed Chris to her home. She has three other children, but never forgot about her other daughter, Jody Diane.

Carol senior explained to Chris that when she was only fifteen years old she started skipping school to hang out with an older married man at a bus stop. The police picked her up and she was sent to a reformed school. At the school, she had a physical exam and learned she was pregnant. She gave birth in a hospital at fifteen years old, and the baby girl was immediately taken from her. Carol senior was heartbroken that she was never allowed to hold Jody and devastated when she learned she would not be allowed to keep her.

Chris handed Carol senior a letter and told her it’s from her daughter. Carol senior read the heartfelt letter aloud and was excited to read her daughter wanted to meet her. At the end of the letter, Carol paused, and looked confused. The letter was signed Carol with Jody in parentheses. She looked at Chris in disbelief. “Her name is Carol?” she asked. “Yes, her name is Carol,” he responded. Carol senior lost her composure a little and then Chris told her that Carol has a daughter named Jody. Through tears, she laughed and said, “Wow, two Carols got a Jody!”

A rock that Carol had painted with a shamrock and the word “Luck,” was on the table in front of her. Chris noticed how fitting it was, as he gladly informed her that he was successful in finding her birth mother. Carol cried tears of happiness and admitted that it was a strange feeling. She didn’t think it would actually happen.

Chris disclosed Carol senior’s account and the revelation that her bio mom had been only fifteen years old at the time. That bit of information helped Carol better understand her bio mom’s situation. Knowing it was important for Carol to look like someone, Chris revealed a photo of Carol’s bio mom. Carol giggled as she realized where her curly hair came from. Chris handed her a letter from Carol senior, which Carol noticed was lovingly addressed, “To My Daughter.” She read the touching letter aloud. Carol paused at the signature, “Her name is Carol? What are the odds of that?” she exclaimed! Attached to the letter were three four-leaf clovers, another coincidence, bringing special meaning to Carol’s painted rock.

A reunion was coordinated at the Akron Women’s Club and Carol nervously, but excitedly, met her birth mother for the first time. Carol senior embraced her, called her “my baby girl,” and thanked her for finding her. They both marveled over their names being the same and how close they live to one another. Although, they can’t replace what is gone, they’re grateful and excited about their future.

Since the reunion, they’ve stayed in touch and Carol gave her mother the lucky rock. Carol shared her story on the NEOR! Facebook Group and received numerous supportive comments from her fellow rock stars. She’s amazed by all of the new family connections and coincidences that have happened and continue to occur. Her story is part of the magic that is felt throughout the group.

Portage County, be on the lookout for these special rocks, and if you find one, please join in on the fun! Re-hide the rocks to share the joy with others. You never know what finding a painted rock may mean to the next person.

Find Northeast Ohio Rocks! on Facebook and Instagram. The smiles are contagious and the stories are inspirational.

Carol’s “Long Lost Family” episode aired on April 15th and is titled, “She Never Came Back.” It can be viewed on TLC’s website or through TV on Demand.

Are you interested in sharing your article with Portage News? Send it directly to drafts@portagenews.net

There are no upcoming events at this time.